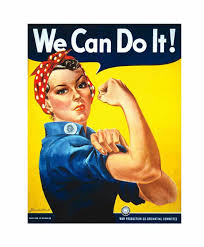 1942 Graphic Design    In 1939, World War II began. By the time to 1942, many artists and designers were called into active duty. Other designers and artists who were available that time, used their talents to create posters to share informations to the public, support war efforts, pump up morale and create Anti- Nazi vehicles. On this period, many designers were on surrealism phase and making it their own visual language using photo montage and old typography to create stirring war posters. One of those designer was a German graphic artist named John Heartfield, whose artwork mock the Nazi party. In 1942 began the organisation of the Advertising Council, a public service advertising; it was organised to help prepare voluntary advertising campaigns for war time efforts. Advertisement  : Women in war jobs (Rosie The Reverter) The most successful advertising recruitment campaign in American history. Two millions of women were recruited in
Post a Comment
Read more

Léyanne
Don’t wish for it. Work for it.